Nina & Nana in Messy or Messi!

This is a football world cup year, and this one is being hosted by Russia. Football is not just a sport but a religion for many, and the world cup is the time for a pilgrimage. Even in countries like India, where our national team hasn’t made it to the final few rounds in many years, there is no shortage of enthusiasm about the world cup.

Its hard to say which is bigger – the World Cup itself or all those clashes between Messi and Ronaldo supporters.

Shib Sankar Patra, from Kolkata, knows his football and has shown what happens when a football fever hits an Indian fan. A die hard Argentina and Messi fan, he paints his tea shop building in Argentina colors every football world cup season, making it a shrine to Messi. He has even named his shop Argentina Dokan. What does Messi have to say about this? Check out his reaction below!

Are you caught up in the football fever too? Do you have pesky family members who don’t seem to understand you? Then you’ll sympathize with Nina.

Today Argentina plays Croatia at 11:30 pm IST. So, if you are an Argentina fan, grab a cup of chai and enjoy the match in the spirit of Argentina Dokan and read our cartoon of the day. 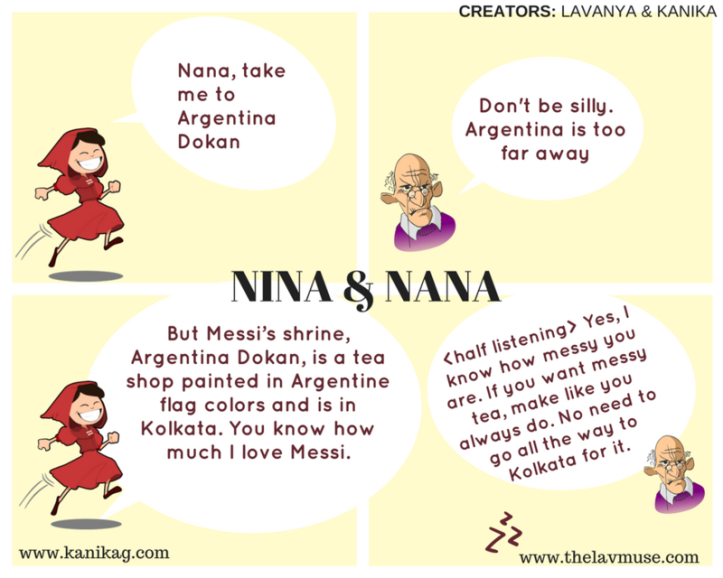