Are zombies real? They are of course, the stuff of most nightmares and the core of many horror movies including my ultimate horror  – Train to Busan.

But today, we talk about a different type altogether!

A particular species of Ophiocordyceps fungus uses carpenter ants to aid its propagation.

The fungus infects the ant and spreads all over it’s brain and body. Initially the ants behave normally but slowly the fungus takes over the ant’s brain and nervous system. The article says that the zombie ants wander aimlessly and suffer convulsions causing them to fall below the forest canopy in to a cooler and more humid leafy under-story where they remain. This region is ideally suited for the fungus to prosper. Then the spores use their control on the ant’s nervous system to cause it’s jaws to lock down on a leaf as it dies. The ant remains with its jaws locked on the leaf after dying making available a stable place for the fungus to grow. At this point the fungus uses poison to kill the ant.

See what Nina & Nana have to say about it today! 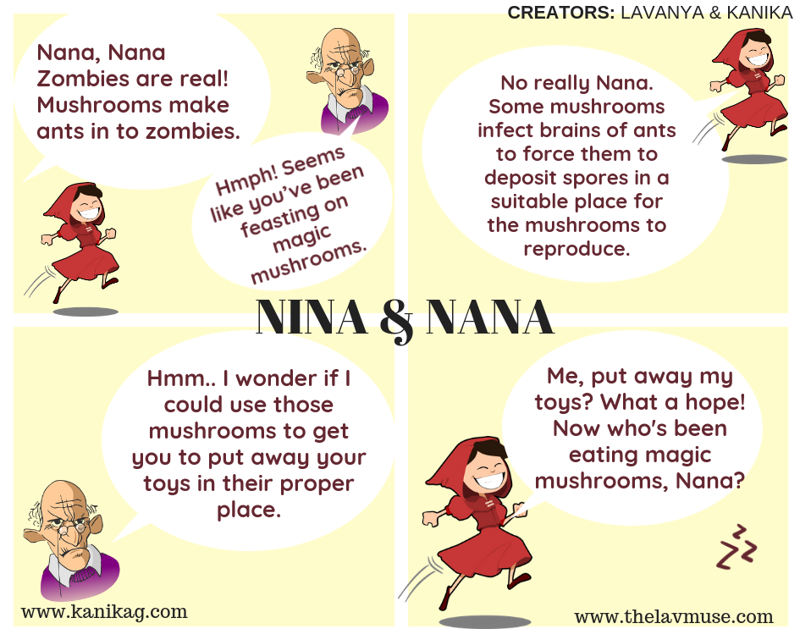