Mammals lie at the top of the food chain. Many mammalian species have rudimentary intelligence. Monkeys and chimps use their brains to outwit predators and execute complex plans during their life times.  It’s known that beyond food and environment, sleep is an essential driver of well being. Mamallian species including humans sleep through the night and if this gets disturbed, there is a imbalance in the circadian rhythm of their bodies.

Yet,  did you know that primitive mammals in the age of dinosaurs were nocturnal to avoid being eaten?  It was only when the dinosaurs vanished that mammals changed to a diurnal lifestyle.

This predator – prey relationship is seen now in the wild where animals that are traditionally diurnal are changing to nocturnal where human movements are observed.

Jeff Goldblum’s Ian Malcolm in Jurassic Park articulated this well when he said you change what you observe.

So what does Nina and Nana have to say about this? Read on. 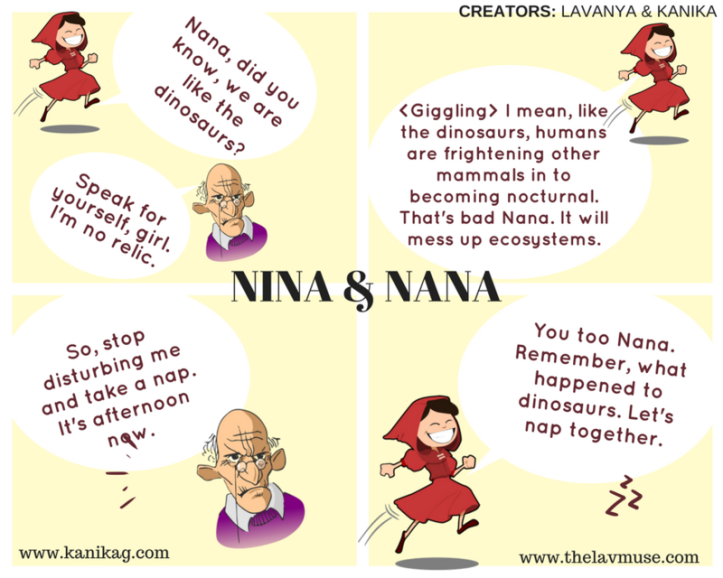 You can read Kanika’s take below.